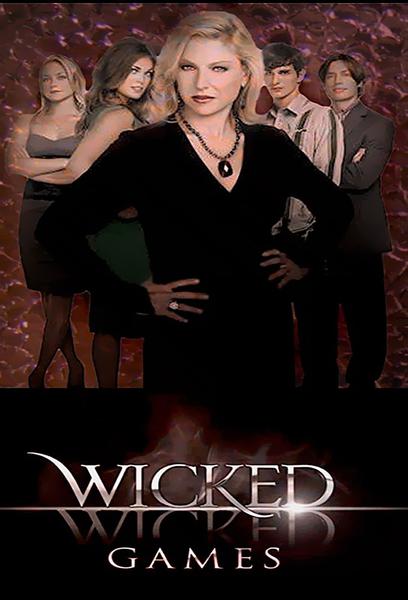 A scorned woman plots revenge against the man who abandoned her 25 years earlier in order to marry another woman with money to advance his career. The plan is to have her two sons seduce and marry her former lover's two daughters, and in the process destroy the man's life.

United States
Powered by
0.0x
Below Avg
Average Demand for Wicked Wicked Games is 0.0 times the demand for the average show in Worldwide in the Last 7 days.
Below Avg
24.5%
Average
64.1%
Good
8.6%
Outstanding
2.7%
Exceptional
0.2%

Blythe Hunter is a beautiful and sophisticated real estate magnate who was left heartbroken and shattered when her lover, Theodore Crawford, left her for Anna Whitman; a woman with more wealth and prestige in order to advance his own career. 25 years later, Blythe is still hell-bent on destroying the life of the man she once loved. Theodore is the charming and distinguished owner of The Tides, a popular horse racetrack and gambling casino in San Diego which he took over from Anna's family after her death. He is the proud father of two beautiful daughters: the prim-and-proper Emma Crawford, and the younger but more headstrong Brooke Crawford. He also is currently dating their former nanny Hope Lorca. Blythe uses her handsome, twin sons as pawns in her treacherous plans; Aaron Spencer is a fellow real estate agent who, desperate to win over his mother's approval, eagerly joins her in the plans to destroy Theodore's family. Blythe's other son is Josh Spencer, a caring and sympathetic doctor who falls in love with Emma as Blythe becomes more and more desperate to destroy her former lover and his blissful life. Other characters include Madeleine Crawford, Theodore's supportive younger sister who is looking for romance any way she can. Lani Walker is Blythe's long-suffering personal assistant whose sister Violet is a courageous and tough employee of The Tides racetrack who gets involved in an attempt to ruin Blythe's plans. Edward Hoffman is Emma's current boyfriend who is cheating on as part of a plan of his own to get his hands on the Crawford family's money.