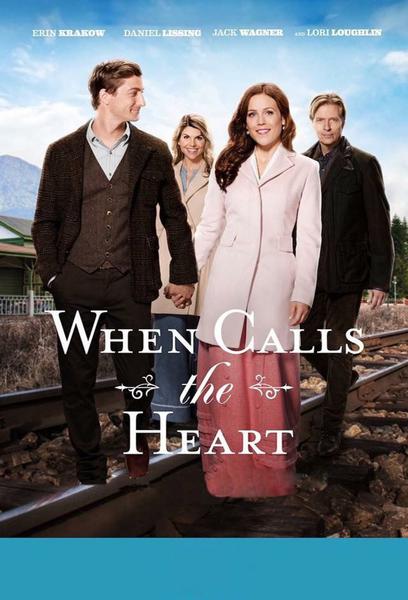 When Calls The Heart

Elizabeth Thatcher, a young school teacher from a wealthy Eastern family, migrates from the big city to teach school in a small coal mining town in the west.

Elizabeth Thatcher is a young teacher accustomed to high society, so she experiences culture shock when she gets her first classroom assignment in Coal Valley. Life in the small mining town is filled with challenges. A recent explosion has killed more than a dozen of the town's miners, compelling the widows of those men to work in the mines to earn money. One of them -- Abigail Stanton, whose husband was foreman at the site of the tragedy -- welcomes Thatcher and tries to help her adjust to frontier customs. Constable Jack Thornton, also a newcomer, is not as welcoming, because he believes Thatcher's wealthy father doomed his career by assigning him to Coal Valley so he could protect Elizabeth. Over time, though, Elizabeth and Jack become closer and begin a relationship. Janette Oke's books about the Canadian West inspired the series.

Best Guest Performance by a Female in a Dramatic Series

A Discovery Of Witches