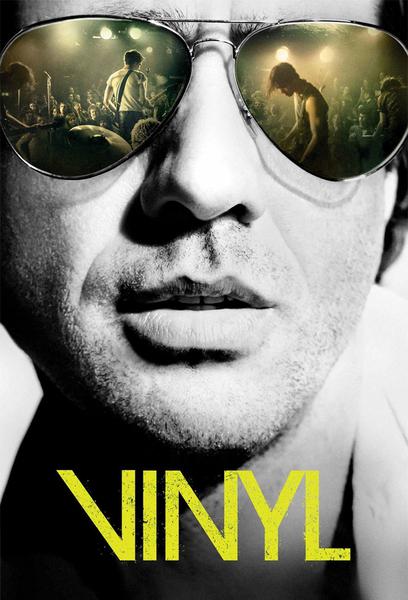 A New York music executive in the 1970s hustles to make a career out of the city's diverse music scene.

Powered by
0x
neutral
Vinyl has a neutral trend. It has grown in demand by 0x in Worldwide in the Last 7 days.
Powered by
Title position in
0.00%
Percentile
Rank
Vinyl ranks at the 0.00th percentile in the genre. This means Vinyl has higher demand than all other titles in Worldwide
Powered by

The music scene in 1970s New York is still awash in sex and drugs, but rock 'n' roll is giving way to an era of punk, disco and hip-hop. Desperately trying to navigate the changing landscape is American Century Records founder and president Richie Finestra, whose passion for music and discovering talent has gone by the wayside. With American Century on the verge of being sold, a life-altering event rekindles Finestra's professional fire, but it may leave his personal life in ruins. Martin Scorsese, Mick Jagger and Terence Winter are among the creators of the hourlong drama series, which stars Bobby Cannavale (HBO's "Boardwalk Empire") as Finestra.

Q: Into The Storm