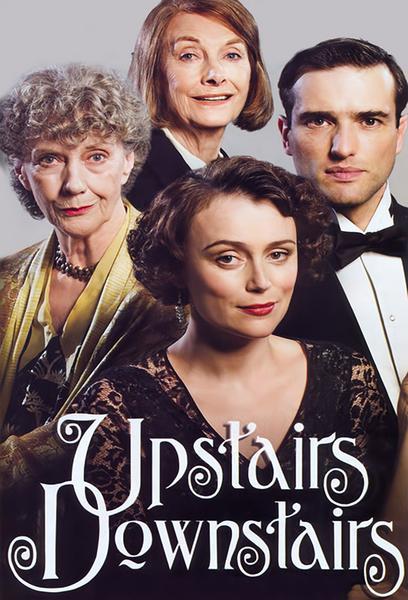 A new family and their servants live at the London townhouse at 165 Eaton Place in 1936.

United Kingdom
Powered by
0.0x
Below Avg
Average Demand for Upstairs Downstairs is 0.0 times the demand for the average show in Worldwide in the Last 7 days.
Below Avg
24.5%
Average
64.1%
Good
8.6%
Outstanding
2.7%
Exceptional
0.2%

In 1936, Sir Hallam Holland (Ed Stoppard) and his pretty young wife Lady Agnes (Keeley Hawes) return from a diplomatic posting abroad and take up residence at 165 Eaton Place, formerly the home of the Bellamy family but vacant for several years. By chance, they ask Rose Buck (Jean Marsh), a long-time servant in the Bellamy household, to find them a suitable staff. In the end, Rose joins them as the housekeeper. The 1930s are a difficult time in England. The Depression has taken its toll with high levels of unemployment. Fascism, which has become popular on the continent in Italy and Germany, is also finding followers in the U.K. with Oswald Mosely's British Union of Fascists. As the new staff begin their daily work, the downstairs family begins to take shape.

Best Supporting Actress in a Motion Picture or Miniseries

Best Music in a Non-Series

Best Production Design in a Non-Series

Best Costume Design in a Non-Series