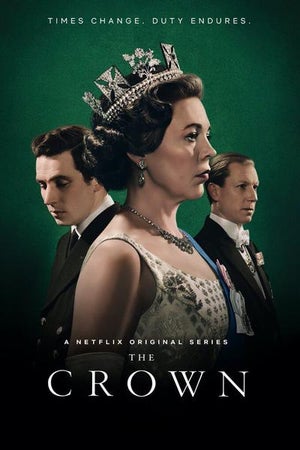 Follows the political rivalries and romance of Queen Elizabeth II's reign and the events that shaped the second half of the twentieth century.

Powered by
0x
neutral
The Crown has a neutral trend. It has grown in demand by 0x in Worldwide in the Last 7 days.
Powered by
Title position in
0.00%
Percentile
Rank
The Crown ranks at the 0.00th percentile in the genre. This means The Crown has higher demand than all other titles in Worldwide
Powered by

This show focuses on Queen Elizabeth II as a young newlywed faced with leading the world's most famous monarchy, while forging a relationship with legendary Prime Minister Sir Winston Churchill. The British Empire is in decline, the political world is in disarray, but a new era is dawning. Peter Morgan's masterfully researched scripts reveal the Queen's private journey behind the public façade with daring frankness. Prepare to see into the coveted world of power and privilege behind the locked doors of Westminster and Buckingham Palace.