A group of people around the world are suddenly linked mentally, and must find a way to survive being hunted by those who see them as a threat to the world's order. 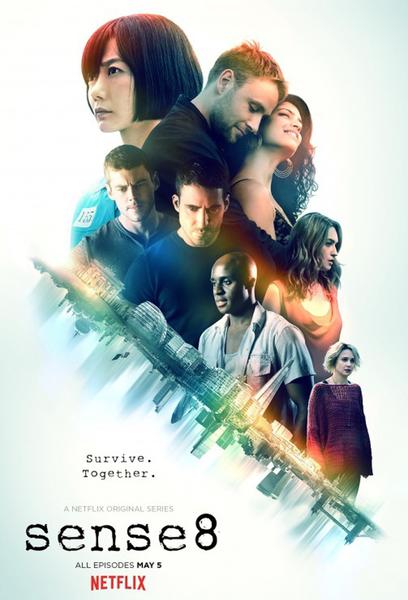 Powered by
0x
neutral
Sense8 has a neutral trend. It has grown in demand by 0x in Worldwide in the Last 7 days.
Powered by
Title position in
0.00%
Percentile
Rank
Sense8 ranks at the 0.00th percentile in the genre. This means Sense8 has higher demand than all other titles in Worldwide
Powered by

Eight strangers around the globe find themselves connected -- first by a violent vision, then by their shared ability to connect with one another's thoughts and actions, and finally by the urgent need to find out what happened and why. Their need to know goes beyond simple curiosity -- as they pursue answers, a mysterious organization hunts them down, intent on destroying them. The intense thriller is the first foray into television (or, more accurately, Netflix) for renowned filmmakers Lana Wachowski and Andy Wachowski ("The Matrix Reloaded"), who created the series with J. Michael Straczynski ("Thor"). The international cast includes veteran actors known to U.S. audiences, like Daryl Hannah ("Kill Bill") and Naveen Andrews ("Lost"), and others well-known in their home countries, like German actor Max Riemelt and Doona Bae of South Korea. In keeping with the global premise of the series, shooting takes place all over the world, including London, Reykjavik, Nairobi and Mumbai.

Married At First Sight (US)