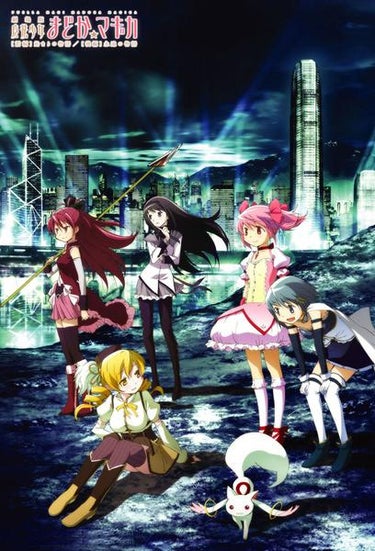 A creature named Kyubey offers Madoka and Sayaka a wish if they agree to become 'magical girls' and fight abstract beings called 'witches'. However, a magical girl named Homura is, for uncertain reasons, determined to stop this agreement. 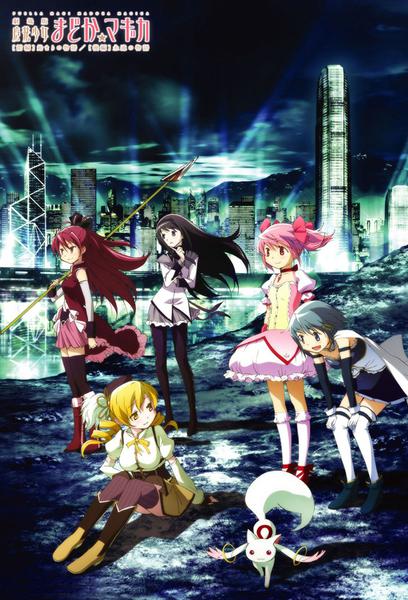 One night, 14-year-old Madoka Kaname has a terrible nightmare - against the backdrop of a devastated city, she witnesses a girl fight a losing battle against a dreadful being lingering above, while a cat-like magical creature tells Madoka the only way to change that tragic outcome is for her to make a contract with him and become a magical girl. The next day, the teen's dream seemingly becomes reality as the girl she saw in her dream - Homura - arrives at Mitakihara Middle School as a transfer student, mysteriously warning Madoka to stay just the way she is. But when later on she and her best friend Sayaka encounter the same cat-like magical creature from her dream - who introduces himself as Kyubey - the pair discovers that magical girls are real, and what's more, they can choose to become one. All they must do is sign a contract with Kyubey and agree to take on the duty to fight abstract beings called 'witches' that spread despair to the human world, and in return, each one of them will be granted any single wish they desire. However, as Homura's omen suggests, there might be far more to becoming a magical girl than Madoka and Sayaka realize.

Re: Zero -starting Life In Another World (ゼロから始める異世界生活)