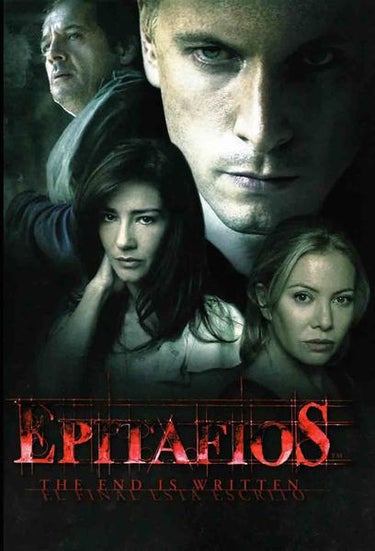 A series of homicides reunite detectives Renzo Marquez and Marina Segal and leads them on a quest to stop a killer whose modus operandi is to replicate previous slayings as if they were works of art. 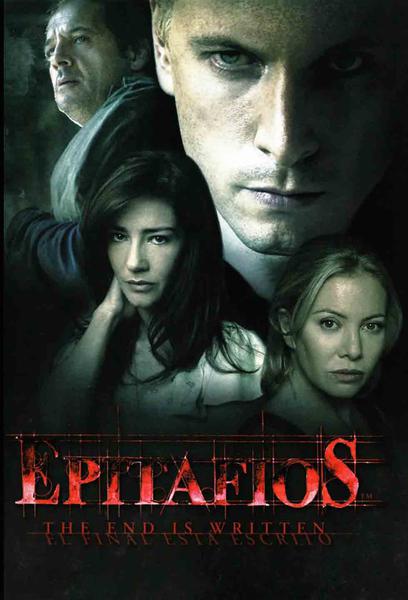 Powered by
0x
neutral
Epitafios has a neutral trend. It has grown in demand by 0x in Worldwide in the Last 7 days.
Powered by
Title position in
0.00%
Percentile
Rank
Epitafios ranks at the 0.00th percentile in the genre. This means Epitafios has higher demand than all other titles in Worldwide
Powered by

A series of logic-defying homicides reunite detectives Renzo Marquez and Marina Segal and leads them on a quest to stop a killer whose modus operandi is to replicate previous slayings as if they were works of art and capture them for posterity in photo sequences. This time, death lies close at hand and will nip at their heels to become entangled with their stories and secrets. Hidden relationships will be revealed and surprises will unfold at every turn. Aided by a mysterious psychiatric patient, XL, who cannot communicate with the outside world but is able to anticipate the killings and provide the names of the next victims, the detectives embark on a race against a fate that has already been written. One detective's keen sense of smell and a data collector's memory will help the detectives uncover the hidden facets that determine what lies ahead, even as they face their own ghosts and fight against a pre-determined future. In their race against time, the detectives face an enemy who is close-at-hand, elusive and unknown. In the end, everything will end just as it began.

The New Adventures Of Old Christine

The Last Word With Lawrence O'donnell

The Masked Singer (US)

The Mr. Peabody And Sherman Show