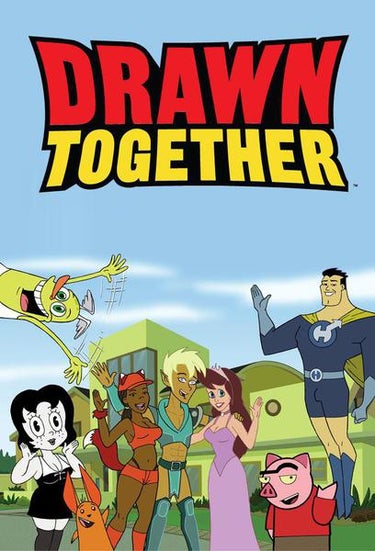 A parody of reality shows cast with spoofs of several famous types of animated characters. 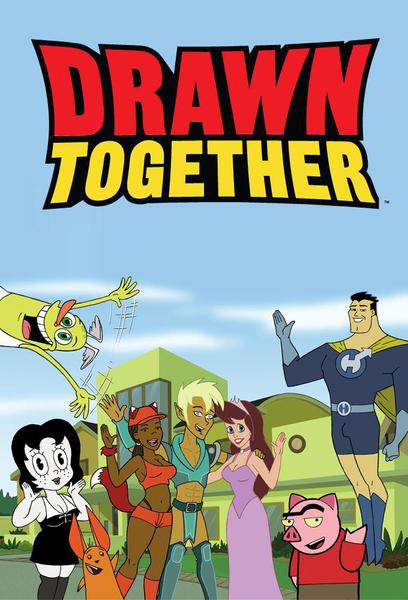 DRAWN TOGETHER (eight episodes) - This is the true story of eight characters, picked to live in a house to find out what happens when people stop being real and start getting animated. Presented as if it were a real Primetime reality series, "Drawn Together" answers the question of what happens when eight completely different cartoon characters from various genres and styles live together and have their lives filmed for the entire world to see. Captures the daily adventures of eight mismatched cartoon characters using the dramatic storytelling conventions of established reality television shows. The housemates include: "Captain Hero," a not so moral do-gooder reminiscent of the Saturday morning TV super heroes of the 70's; "Clara," a 20 year old sweet and naive fairy-tale princess; "Toot," a black and white pudgy heart throb from the 20's; "Foxxy Love," a sexy mystery solving musician; "Spanky Ham," a foul-mouthed Internet download pig; "Ling-Ling," an adorable Asian trading card creature; "Wooldoor-Sockbat," a wacky Saturday morning whatchamacallit; and "Xandir," a strong young adventurer, similar to the great video game warriors.

The City And The City

War Of The Worlds