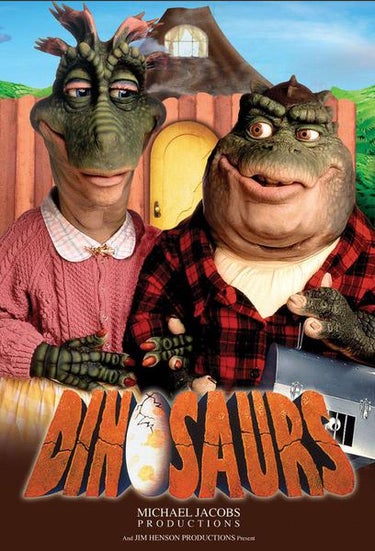 This show follows the life of a family of dinosaurs, living in a modern world. They have televisions, refrigerators, et cetera. The only humans around are cavemen, who are viewed as pets and wild animals. 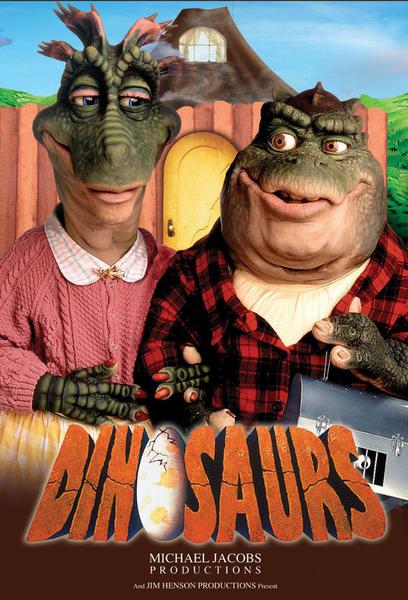 Powered by
0x
neutral
Dinosaurs has a neutral trend. It has grown in demand by 0x in Worldwide in the Last 7 days.
Powered by
Title position in
0.00%
Percentile
Rank
Dinosaurs ranks at the 0.00th percentile in the genre. This means Dinosaurs has higher demand than all other titles in Worldwide
Powered by

The Dinosaurs are an animatronics stone-age working-class family created by Jim Henson for Disney. Incredibly overweight, even for a dinosaur, Earl Sinclair (Stuart Pankin) is married to Fran (Jessica Walter) and tries and fails to support fourteen-year-old valley girl Charlene (Sally Struthers), sixteen-year-old Robbie (Jason Willinger) (whose crest eventually turns into a mohawk and gets dyed purple), widowed, cranky Grandma Ethyl Phillips (Florence Stanley), and terrible-twos Baby Sinclair (John Kennedy and Kevin Clash), the true master of the house. Sharp social commentary was featured surprisingly often. Earl is a tree-pusher for the Wesayso Development Corp., which regularly implements schemes to screw their workers even more and destroy the world for marginal profit increment. Chilled, but live prey, are kept in the refrigerator and are helpful when you can't find the milk, and caveman humans make occasional appearances as wild animals and pets.

Outstanding Art Direction for a Series

The Marvelous Misadventures Of Flapjack

My Wife And Kids

The New Adventures Of Gilligan

Scooby-doo, Where Are You!

Wolverine And The X-Men