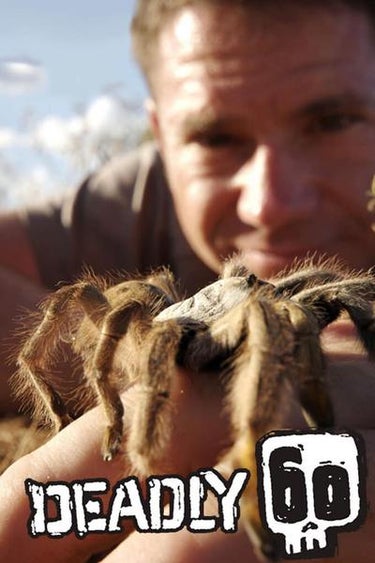 A lightly presented nature documentary series In each season, adventurous British zoologist Steve Backshall travels around the world to select sixty of the most deadly and interesting animal species, from insects to giants, many predators, others just armed with deadly defensive means 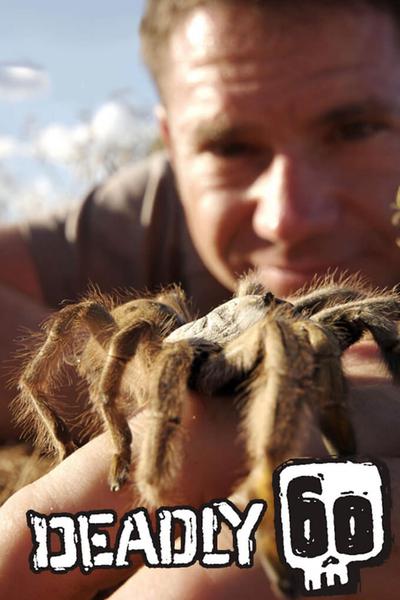 Powered by
0x
neutral
Deadly 60 has a neutral trend. It has grown in demand by 0x in Worldwide in the Last 7 days.
Powered by
Title position in
0.00%
Percentile
Rank
Deadly 60 ranks at the 0.00th percentile in the genre. This means Deadly 60 has higher demand than all other titles in Worldwide
Powered by

It's not that Steve Backshall has a death wish. Quite the opposite, actually. He lives for adventure, and his mission to come as close as possible to 60 of the world's most deadly animals is a brazen way to challenge himself. The naturalist and wildlife expert journeys to five continents and encounters a wide range of mammals, birds, reptiles and insects -- some familiar, others quite unusual -- including Baja rattlesnakes, tarantula hawk wasps, Humboldt squid, wolf eels and flesh-eating cockroaches. Backshall also tries to mimic the animals to see if he can match their lethal skills, such as hanging like a bat or flying down a zip wire to emulate a fish eagle.

Kierin Bristow
as Self
Adam Britton
as Self
Zubin Sarosh
as Sound Man
Matt Wright
as Self
Jim Sanderson
as Self
Rosie Gloyns
as Researcher
Rubén Alemán Lucero
as Self
Richard Taylor-Jones
as Cameraman
Johnny Rogers
as Cameraman
Natasha de Woronin Britz
as Self
Bruce Means
as Self
Donald Strydom
as Self
Jack Hoopia
as Self
Christopher Ngabirano
as Guide
Stephen M. Kajiura
as Self

Trump Takes On The World

Mankind The Story Of All Of Us

How It's Made: Dream Cars

The Nature Of Things

Andrew Marr's History Of The World