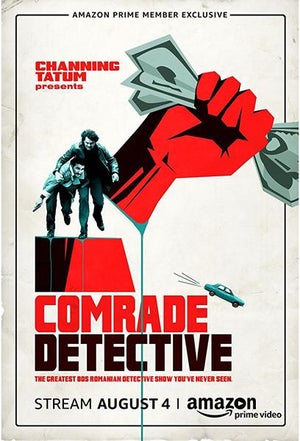 Parody comedy designed to resemble a non-existent gritty 1980's Cold War Romanian police show that promoted Communist ideals. The action-packed and blood-soaked first season finds Detectives Gregor Anghel and Joseph Baciu investigating the murder of fellow officer Nikita Ionescu and, in the process, unraveling a subversive plot to destroy their country that is fueled by what-else-but the greatest enemy: Capitalism.

United States
Powered by
0.0x
Below Avg
Average Demand for Comrade Detective is 0.0 times the demand for the average show in Worldwide in the Last 7 days.
Below Avg
24.5%
Average
64.1%
Good
8.6%
Outstanding
2.7%
Exceptional
0.2% 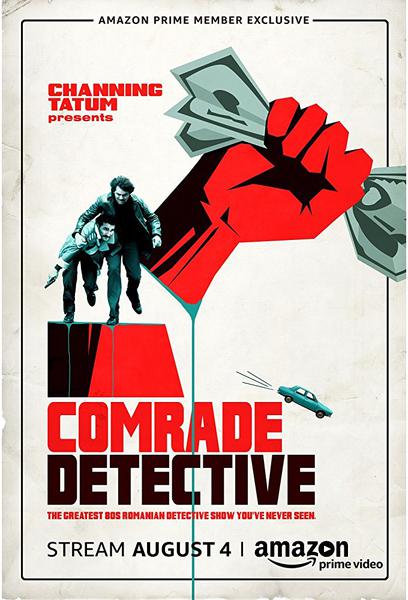 In the thick of 1980s Cold War hysteria, the Romanian government created"Comrade Detective" to help promote Communist ideals and inspire a deep sense of nationalism in the country's residents. In the gritty police drama, detectives Gregor Anghel and Iosef Baciu investigate the murder of a fellow officer and, in the process, unravel a plot to destroy their country. Fueling that conspiracy is Romania's greatest enemy -- capitalism. The series was forgotten about after the fall of the Berlin Wall, but it has been rediscovered and digitally remastered to be seen by modern viewers. Now, though, the heroes' dialogue has been dubbed, with their voices provided by Hollywood actors Channing Tatum and Joseph Gordon-Levitt.

Best Voice Over (TV Spot/Trailer/Teaser for a Series)

Most Original (TV Spot/Trailer/Teaser for a Series)

Tell Me You Love Me