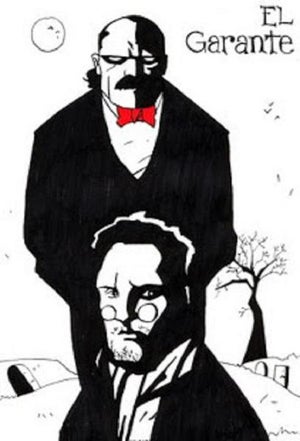 This compelling story of the supernatural, deals with two men who are desperate to preserve their lives and their souls Martin Mondragon is a psychologist in his thirties, trying to win back the love of his ex-girlfriend April 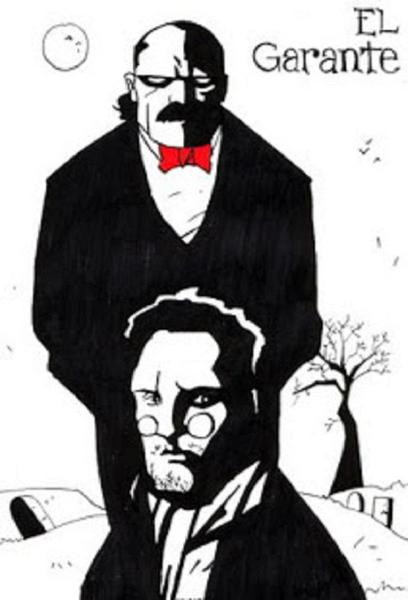 This compelling story of the supernatural, deals with two men who are desperate to preserve their lives and their souls. Martin Mondragon is a psychologist in his thirties, trying to win back the love of his ex-girlfriend April. His busy life is under control until a stranger named Joe Sagasti e-mails him for an urgent appointment. Sagasti introduces himself as a Devil's messenger with the mission of collecting an unpaid debt to Satan left by Martin's grandfather. As the first male descendant of the debtor, Martin is the natural guarantor of the transaction, the collateral man. The grandfather got the love of his life, but cheated the Devil of his due-and Martin must pay. A drop of blood, and the matter can be settled very easily. Martin, lucid and with a rational mentality, believes he has encountered just another lunatic. Sagasti sets out to banish Martin's disbelief with a series of events that turn Martin's life into the worst nightmare he could imagine. Murder, torture, and psychological distortion are only a sample of Sagasti's weapons. Through different means, he slowly but relentlessly fences in Martin's life, sadistically employing clues the psychologist innocently hands him. Sagasti is a master of physical as well as psychological pain. He pushes Martin's best friend to suicide, brings statues to life, plays with time and frees a murderer from prison to serve his goals, but he can't compel Martin to sign the agreement. As soon as Martin discovers this fact, Sagasti makes him realize life can be much worse than death. Step by step, Martin must learn ways to neutralize Sagasti's power, and meanwhile, Sagasti struggles not to annoy his master, Lucifer, who threatens him with an imminent deadline, after which Sagasti will lose the privileged immortal condition he has enjoyed for the past four hundred years. Instead of signing, Martin sets out to fight Sagasti and the dark powers of evil Martin soon discovers, to his despair, that Sagasti has been stalking him since early childhood. Martin finds that he needs every resource he can muster to in order to gain knowledge about his enemy and find a way out. Four people put their lives on the line to help Martin: April, his girlfriend, who will help him gather information about Sagasti; Detective Kinlan, an old cop about to retire who recognizes Sagasti as the monster he thought he had killed and buried in a shooting thirty years before; Felix, an old friend of Martin's grandfather's, who shows him an ancient black and white film of Sagasti that reveals part of the truth; and Ralph Heiligen, a special patient of Martin's, who is not what he appears to be. Martin and Sagasti have opposite systems of beliefs but equal needs for redemption. One thing is certain: they cannot co-exist.