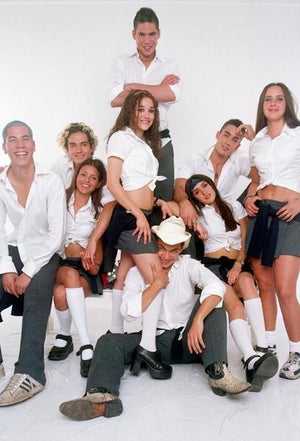 Francisco Romero is a small-town teacher who decides to try his luck in Mexico City He joins the faculty of Prep school number 10 "Rosario Castellanos" and soon realizes that his work is more demanding than he expected; in addition to having to prove himself as a teacher, he must prove himself as a human being 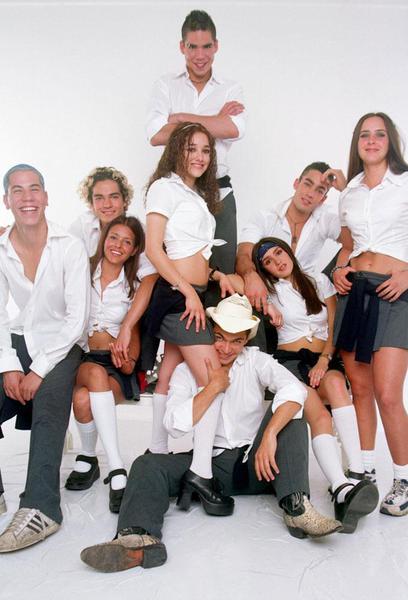 Powered by
0x
neutral
Clase 406 has a neutral trend. It has grown in demand by 0x in Worldwide in the Last 7 days.
Powered by
Title position in
0.00%
Percentile
Rank
Clase 406 ranks at the 0.00th percentile in the genre. This means Clase 406 has higher demand than all other titles in Worldwide
Powered by

Francisco Romero is a small-town teacher who decides to try his luck in Mexico City. He joins the faculty of Prep school number 10 "Rosario Castellanos" and soon realizes that his work is more demanding than he expected; in addition to having to prove himself as a teacher, he must prove himself as a human being. He will find that, in order to make a difference with his students, he will also have to assume the roles of counselor, psychologist, doctor, and even detective. The themes this story deals with are: dropping out of school, teen pregnancy, street gangs, men who abuse their stepdaughters, teenagers forced to work to support their families, and alcoholic parents who lead their children down the same path - that is, problems of a very real nature, experienced by high school students the world over. This is also a love story. Both students and faculty fall victim to Cupid's random arrows, beginning with Francisco and Adriana (the school counselor) who, nonetheless, must put their hormones on hold long enough to become respected role models in the eyes of their students. But their love story is not destined for a happy ending, since Adriana will have to choose between Francisco and her love for her son. Fortunately, Francisco will have a second chance at love with Ana Maria, the new English teacher who will become his right arm when dealing with his students and their problems in and out of school. Ultimately, however, he will find true love in the arms of Angela, the woman in charge of the school cafeteria. She is a working mother whose teenage children Juan David and Sandra attend this same school, and who has managed to keep a fine balance between being a housewife, a working woman, a mother and a lover. The school itself occupies center stage in this story, and will become the forum where the main conflicts of the plot will be exposed and resolved, and where Francisco Romero, in his role as teacher, will not only show his students how entertaining learning can be, but will make them understand the importance of respect for authority, of friendship, camaraderie, love, and the values that will guide their conduct as they close the cycle of adolescence and move on to become adults. One of the recurring themes in this telenovela is friendship, which is best exemplified by the story of Gabriela and Marcela, two high school students who struggle to get ahead and maintain their friendship alive in spite of the painful experiences they go through and the many obstacles that threaten to drive them apart. Their friendship will be put to the test when one of them realizes that everyone will give you advice, but no one will stand with you to face the consequences. Alcohol abuse among teenagers, sexual responsibility, domestic violence and prostitution are also topics addressed in this production. More problems are Magdalena, a strikingly beautiful young woman with a rebellious nature. She faces domestic abuse, while another student Hugo, gets involved with gangs leading to his death. Carlos get swindled into drug dealing, while Tatiana comes as the teen who feels out of place as a rich kid whose family has gone poor and must adapt to face the gang 406. She ultimately leads to drugs much later on. More students are Kike who becomes an alcoholic, Alfredo who deals with being gay, and Daniela whose dreams of becoming a model almost lead her to the end of her life. The toughest struggle is when Francisco, their professor who has stuck through thick and thin with them must leave with his new wife. A new professor Santiago takes his place. Can the students accept him? Will he be able to fill the void that was left by his predecessor? His troubled past including a young girl who was sexually harassing him in an old school he taught and when he does not agree to have a relationship with her she accuses him of rape. The girl with the troubled mind is known as Jessica. Her story is one of the classics, a poor rich girl who wishes to act like a villain due to a father who doesn't pay attention to her, and a dead mother who she strives for. Clase 406 shows the hardships of being a teen with modern day problems that have been ignored because they have been too taboo. In the clase 406, nothing is taboo and anything can happen...